Managing cookie setting
In order to offer you an optimal experience with the site, we use cookies. These are small text files that are saved on your computer. These include cookies for the operation and optimization of the page, as well as for services such as text or video chat, as well as for advertising based on your behavior on the Internet. For example, you can find out if you visit our website several times from the same device. We want to give you a choice of which cookies you allow:
Mandatory cookies
These cookies are necessary for navigating pages and using basic functions
necessary
Analytical cookies, marketing cookies, services of other companies (independent third-party providers)
Analytical cookies
These cookies help us better understand user behavior.
No
Yes
Marketing cookies
These cookies and similar technologies are used to display personalized and therefore relevant advertising content.
No
Yes
Privacy policy
FAST DELIVERY
BUYER PROTECTION
PRIVACY
Order status
‹ Return to search results │ Home  >  Summer tyres  >  255 / 60 15  >  ...  >  Pirelli Cinturato CN12 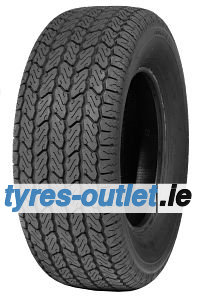 Please note: Prices apply to tires without rim. Depending on the tire dimension, the tread pattern may vary.

Speed Index:
W: Approved up to 270 km/h
Item No.:
R-427824
For questions or concerns please contact us at reifen-outlet​@delti.com

When Pirelli upgraded its flag ship model the Muira for the last time to the Muira SV, it needed some pretty special on the wheels. The Cinturato CN12 was that Ground braking tyre, going as large as 255/60R15 CN12 on the rear, which in the day was leaps and bounds bigger than other tyres. Which is why Aston Martin also adopted the 255/60R15 CN12 for it’s V8 Vantage. Lamborghini adopted the CN12 for its other models as did Maserati and Jensen.

The Cinturato CN12 now includes a small range of important tyres for 15” tyres. They are perfect for late e type and XJ6 Jaguars.

*Prices include VAT and delivery within Ireland.
**More than 90% of our orders reach the customer in the specified delivery time.
Return to search results

Receive news and information on tyres, offers and competitions

Partner garages in your area.

Choose one of our partner garages in your area